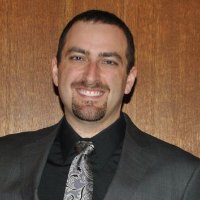 Dr. Chris Avery is the Editor-in-Chief of The Capital Chemist and serves as the chair of the CSW Publications Committee. He is a Councilor on the CSW Board of Managers, as well as a member of the Committee on Environmental Improvements, a national governance committee of ACS.

Dr. Avery is currently a Senior Science Policy Fellow at the U.S. Department of Energy. He works for the Office of Energy Efficiency and Renewable Energy in the Stakeholder Engagement Office, and his work focuses on facilitating engagement between external entities and EERE. Previously, Dr. Avery was a 2012-14 AAAS Science & Technology Policy Fellow at the Department of Energy and a 2011-12 American Chemical Society Congressional Fellow, working for Senator Chris Coons (D-Del.) on energy, environment, and general science policy issues. Prior to that, Dr. Avery was a Mirzayan Fellow with the National Academies, working on science and economic policies, including intellectual property, tax codes, and standards setting.

He holds a doctorate in analytical chemistry from the University of Michigan, where his research focused on interaction mechanisms of synthetic compounds with bilayer systems. During graduate school, Dr. Avery also earned a Graduate Certificate in Science, Technology and Public Policy at the Ford School. He received a bachelor’s degree in chemistry from Hope College.

Alan Anderson is President of Chemical Society of Washington and recently served as CSW Secretary from 2011-2013.

Dr. Anderson is currently an Assistant Professor of Chemistry in the Department of Natural Sciences at Bowie State University. At Bowie, he has developed an outstanding research laboratory program working primarily with undergraduate students centered on the synthesis of novel medical compounds and nano-materials, funded in part by several NSF and DOD grants.  He also has demonstrated excellence in teaching and has received several accolades for his work at Bowie such as 2010 Most Outstanding Young Faculty and 2014 Researcher of the Year. In 2013, Dr. Alan J. Anderson was awarded a NASA Astrobiology Research Fellowship where he conducted summer research in the Department of Chemistry at The Scripps Research Institute in La Jolla, CA. 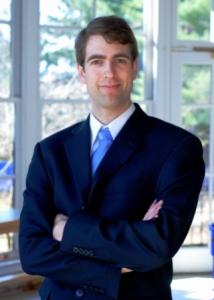 Paul Beaton is a Senior Program Officer for the National Academy of Sciences Board on Science, Technology, and Economic Policy (STEP) and a Fellow with the Atlantic Council’s Emerging Leaders in Environmental and Energy Policy program (ELEEP). At STEP Paul directs a number of studies in response to requests from the United States Congress and others related to energy policy, climate change, energy innovation, and higher education. Before joining the National Academy of Sciences, Paul advised heads of state and national legislators around the world on international climate and energy law, cofounded of a successful biofuels venture, and conducted atmospheric chemistry research. Paul received his B.Sc. in chemistry, summa cum laude, from the University of North Carolina – Asheville, where he received a Barry M. Goldwater Scholarship and was selected by the faculty for the William and Ida Friday Award. Paul also holds a Master of Environmental Management (M.E.M.) from the Yale School of Forestry and Environmental Studies and a Juris Doctor (J.D.) from the Yale Law School. 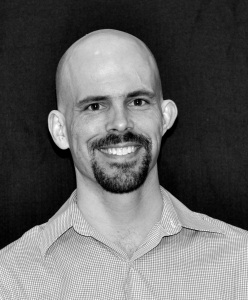 Mark Fleury works on policy development for the American Cancer Society Cancer Action Network (ACS CAN). He specializes in research, drug development, and regulatory policies along with other science and technology related issues. He received his B.S. In chemical engineering from Kansas State University and worked in the food processing industry for a number of years, becoming a licensed professional engineer. He returned to graduate school and used engineering tools to study the process of cancer metastasis and his later post-doctoral research focused on immune cell signaling networks. In 2009 Mark decided to hang up his lab coat and began working in health policy as an advisor to a U.S. Senator through an American Chemical Society-sponsored fellowship. Since leaving Capitol Hill Mark has worked at the intersection of the scientific and policy sectors.

Disclaimer: Views expressed by the author are his own, and not those of ACS CAN. 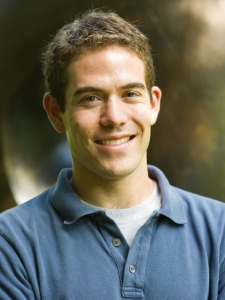 Brian Walker is a senior technology fellow at the U.S. Department of Energy, where he works on the Clean Energy Manufacturing Initiative. Prior to the DOE Brian earned his Ph.D. from MIT in physical chemistry, then won a three-year fellowship to the physics department at the University of Cambridge. His interests include energy, policy, international affairs, and conflict resolution.

Agatha is an accomplished communications and engagement professional with a highly technical background and over 10 years of experience in the environmental science and energy fields. She specializes in the development and execution of strategic outreach and persuasive communications for federal clients in the renewable energy and energy efficiency fields. Since 2009, she has supported the U.S. Department of Energy’s Office of Energy Efficiency and Renewable Energy (EERE) in various roles, including as a technical advisor, and in corporate EERE-level internal and external communications.

In her current role Ms. Wein serves as an Engagement Advisor for EERE’s Office of Stakeholder Engagement. She proactively engages with EERE Stakeholders and serves as a point of contact for those wanting to build a relationship with the organization.

Prior to her time at DOE, Ms. Wein served as a registered lobbyist working on energy and climate change issues at the municipal, state, and federal levels after starting her career as a collegiate-level physics and geoscience professor.

Ms. Wein is a native of Los Angeles and holds a M.S. and B.S. in geophysics from the University of California San Diego’s Scripps Institute of Oceanography. Her hobbies include yoga, biking, sailing, and enjoying the cuisine of her Capitol Hill neighborhood. 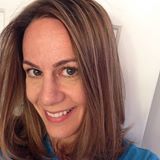 Katie Hersberger earned a Bachelor’s and Ph.D. in chemistry with research focused in biochemical separations and analytical instrumentation from Indiana University and the University of Michigan, respectively. Since her Ph.D. graduation, she has been a college instructor, a post-doc, and a medical device sales representative…all of which were not for her. She is currently seeking her new passion with much wisdom and hope for the future.