My first job out of grad school was teaching physical science courses to all manner of first-year students at community colleges across San Diego County. The geology community graciously refers to this as ‘rocks for jocks.’

I was thrilled, to both be DONE with grad school and because I felt so pristinely passionate about science that I simply couldn’t wait to experience that moment when me explaining the difference between a red shift and a blue shift would change the trajectory of someone’s life. It was my first real job.

Because of the requirement that schools pay anyone who works 30+ hours/week benefits (gasp!) , and no one was even considering giving those to me, I could only teach a few classes on each campus, so I taught everywhere. I quickly gained the reputation of being that person that a dean could call and say, “I have a 50-student class that starts tomorrow at 8am with no instructor, are you available?” I’d say yes. One of these campuses was in a conservative suburb in North County San Diego, much like the one I grew up in outside of Los Angeles.

One morning in Physical Science 101 (yes, seriously), after a basic introduction of the big bang theory, a student asked me something to the effect of “If I believe this, don’t I have to give up believing in God?”

I pause. Talk about a teachable moment.

“Definitely not,” I said. “What if God created science? They can both be right.”

She was speechless, and believe me this student was not the speechless type. I think this was the first time she had considered the coexistence of Jesus and Einstein. Until now, she probably had only been told that she would have to choose between a respect for science and a dedication to her religion.

This all happened circa the 2004 – 2005 academic year, during which time America was coming off a heated election-year debate over the role science should play in policymaking. Perhaps the most memorable strain of this nationwide argument was centered around the then brand new, groundbreaking field of stem cell research. Scientists were excited about the enormous potential this research held to discover possible treatments and even cures for the world’s most stubborn diseases, from cancer to Parkinsons; opponents claimed the practice of creating and subsequently destroying human embryos in order to harvest stem cells for research was immoral, that scientists were “playing God” with human lives, and because it was similar to abortion, the practice needed to be stopped immediately.

This debate was particularly heated in California. Shortly after taking office in 2001, then-President George W. Bush and members of Congress had come out strongly against stem cell research practices. The President limited crucial federal funding for the research, continuing the family values narrative that was the hallmark of his campaign.

The issue only gained momentum between presidential elections, and reemerged as a central issue again in Bush’s 2004 Presidential race against John Kerry. Ron Reagan, Son of beloved former Republican President and California hero Ronald Reagan, even spoke at the the Democratic National Convention in favor of John Kerry’s proposed policies on the issue. California had decided to take the issue to voters directly through its ballot initiative process. On November 4, 2004, voters in that state approved Prop 71 by 59%, which authorized the use of state funding for stem cell research – a legislative slap in the face to Congressional leaders and the President. California was fighting back, against President Bush and the national conservative agenda in general. It was Goliath v. Goliath. It was a fierce fight.

In my mind what was on trial was not just funding for stem cell research, or the validity of the threats of climate change (a topic for another discussion), but the social value of science en masse.

That this was an argument at all has just never made any sense to me, but that probably has something to do with me being a scientist, particularly one who wound up in DC. The legislative attack on science usually has some sort of conservative religious origin. Scientists have been accused of playing or defying God on subjects like stem cell research, evolution, or even a heliocentric model of the solar system.

But WHY? Being raised in a secular household, I truly did not understand this juxtaposition, and to some extent I guess I still don’t. I simply don’t understand why science is so frequently interpreted as opposing religion.

What I do understand is that when arguments like this happen, it is usually because the religious community feels its constitution has been trespassed against by a particular new scientific discovery or theory. They fight back not by questioning the science behind the theory, but by questioning the value of science itself. Often the retort from the scientific camp is to do exactly the same thing; to boorishly mock religion and religious people wholesale for their beliefs. This is not only wrong, but patently unscientific.

Scientists should understand that faith is important to many people in this country and across the globe. Though it may be hard to swallow, anyone who has spent valuable hours writing grant applications can tell you that research funding does not exist in a vacuum. It comes from governments, universities, and government-run universities.

If this generation of scientists is to solve or even make significant progress on today’s most pressing societal issues: global warming, cancer, food and water security; we must develop a stronger sensitivity to the nuance of the challenges that exist at the nexus of religion and politics. We must stop bashing the religious right. Scientists cannot save the world from global warming alone. these problems need leaders from all corners of society. That includes faith leaders, too.

We must help people understand that choosing between God and the Big Bang theory, or stem cell research and humanity, is a false choice.

You can catch more scientific research dollars from Congress with honey than vinegar.

I told the student back in San Diego that her views about God and my lesson on the Big Bang theory “can both be true.” Now I’m telling scientists the same thing.

In an ideal world, policymakers would play the role of pragmatic arbiter rather than media pontificator on these tough subjects. Our society should allow both religion and science to not only coexist but co-inform and co-inspire our deliberations. Perhaps it is the policymaker’s charge to make room for both, but the scientists have an obligation to help facilitate.

Photo credit: NASA (The Scientists and Technicians Window at the National Cathedral)

Register for this event! 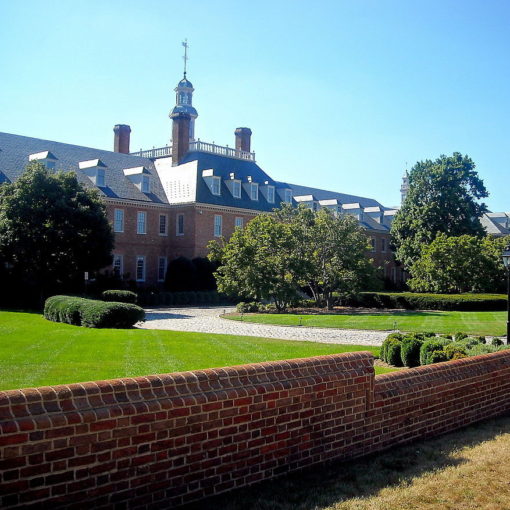