Equality is on the march. Whether it is feminism, gay rights, or awareness of racial disparities, recent movements have made progress and have created unease for some of the privileged majority. This majority still dominates mainstream institutions though, which means that continued progress for equality depends, to some extent, on recruiting white men as allies.

One of the best responses to this dual challenge was Emma Watson’s speech at the UN. While she made a moral case for feminism, Watson’s focus was pragmatic: a “formal invitation” for men to pursue equality because it is impossible to change the world when only half the world is invested. Four months later in Davos, she remarked that support for the cause was growing, though she doubted whether her UN speech was a deciding factor.

If not, she is in good company. At this year’s State of the Union Address, Barack Obama justified his family-based policies as good for all Americans, not just women. The statement was reminiscent of Hillary Clinton’s 1995 declaration that “women’s rights are human rights.” As Sheryl Sandberg and Watson have pointed out, however, supporters of these ideas remain overwhelmingly female, and many influential men are not even in the room. Some are absent, as Watson noted, because they want to make a difference but don’t know how. There are also bystanders like one of my academic colleagues, who said, “everybody has a difficult time when they start research, and every research group is different. I am sure that problems with diversity exist but they do not concern me and I have more immediate priorities.”

I’ll explain why I disagree with this opinion, but he got an important thing right: problems with diversity exist. As a graduate student, I served as a peer ombudsman and logged hundreds of hours listening to concerns of researchers confidentially, both during my PhD and my postdoc. During that time, I came to agree with Luke Visconti that the majority is not a monolith and can conceal differences, such as family background, sexual orientation or disability, that affect a person’s self-image and relationship with culture. Although a person from a visible minority often notices these differences more easily, respect for diversity is less about appearance than mindset, and about how a person responds to the differences they encounter. Another interpretation is cautionary: the group that disrespects one kind of diversity is likely to be difficult for any person who is different in any way—including his or her cultural background, personality quirks, and approach to solving problems.

I saw this often in my own experience with researchers. Sometimes trouble was apparent from retention statistics: in groups where the overall attrition rate exceeded the department average, the ratio of women to men who left before the final degree was usually higher than average, too. Sometimes the problem showed up in graduate trajectories: the group had proportional recruitment, but its men tended to get faculty positions and its women tended to leave science entirely. In general, I found that the environments that were hardest on minorities tended to be hardest across the board, even for white men who would not share their stories openly. When joining a group there might be few clues that an environment is difficult. Because race and gender are visible however, inequality across these differences is the canary in the mine shaft, and below-average diversity suggests that the group has issues. For the self-interested, the takeaway is that you do not know what kinds of diversity are respected in a workplace until you show up, so you should prioritize the group that attracts, retains, and promotes people who are diverse in all ways to maximize your own chance of success.

There is a similar message for managers. In the first part of The Wisdom of Crowds, James Surowiecki notes that large groups can make better decisions than experts—but only when the crowd is not dominated by a single clique. Surowiecki describes several classic failure modes for teams, all of which arise because the group’s methods are insufficiently diverse or independent.

In academia as well as the fastest-growing industries, future growth depends on research and development. While the results of R&D are often difficult to predict, and the most relevant kinds of talent are uncertain beforehand, there is a key trap to avoid. We are more comfortable with people who share our backgrounds than others, and if unchecked we form teams that are less diverse, and less robust, than the best performers. From my experience in research, and Eric Ries’s in startups, the best groups are the ones that consciously recruit for a range of identities, experience (within basic requirements), and self-expression. The takeaway for the self-interested is that groupthink can plague any organization, especially a small one, and the best remedies require a manager to seek out diversity as a core principle.

As a white male in the U.S., I know that it is tempting to play defense, to protect what is familiar and seems to benefit people like us. The clearest lesson from my service, however, is that the distinction of “us” and “them” gets in the way of seeing that everybody benefits from the mindset of diversity: it improves workplaces, accelerates innovation, and provides the tools we need to thrive in changing times. There are those who also agree with Ms. Watson’s case that equality deserves support because of its connection to human rights and the realization of untapped potential. For the rest, however, it is still vital to use individual decisions to prioritize diversity. In an innovative world, success depends on it.

Note: Any views expressed in this article are the author’s own, and do not reflect the opinions of his employer, the Chemical Society of Washington, or the American Chemical Society. 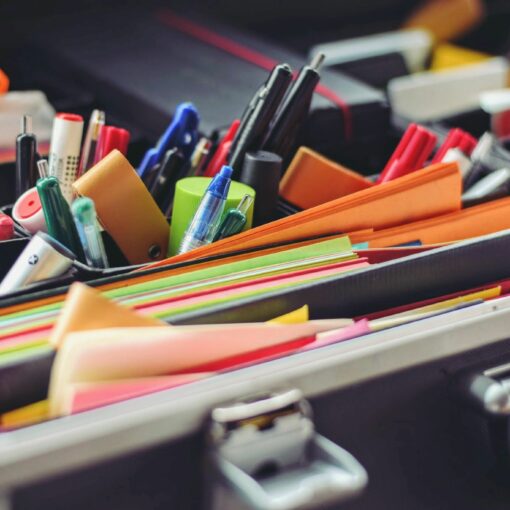 Dear CSW Member, Please register for NCAC SOT’s October 25, 2018 Symposium that is dedicated to predictive toxicology in the public and […]