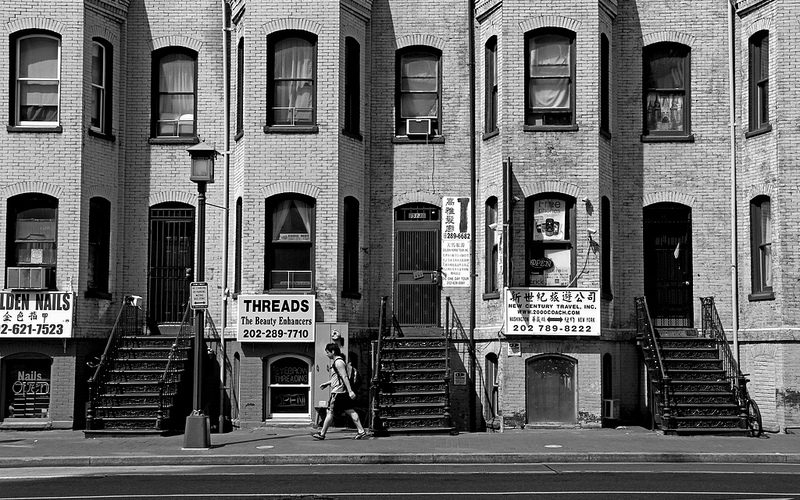 Creation of the Chemical Society of Washington (CSW) occurred in extraordinary times. In the preceding 25 years the United States had gone through the Civil War and had seen two Presidents, Lincoln and Garfield, assassinated in office. A remarkable feature in CSW’s history was that the meetings of CSW’s founders took place in Ford’s Theater, the building in which Lincoln was shot. The assassination, on April 14, 1865, completed the first phase of the life of the theater. When Ford attempted to reopen it, a public outcry forced cancellation of the show and he never held another performance there. Instead, he sold his property including the theater to the government which, as usual, was experiencing a shortage of office space.

The Army Medical Department moved records into the newly renovated first and second floors and its medical Museum occupied the third, while the tavern in the building next door was converted into offices for medical officers with a chemistry laboratory upstairs. Due to a shortage of meeting halls in town the Army Medical Museum was one of the few places for scientific organizations to meet.  It had a large room with plenty of space between the exhibit cases which contained specimens from Civil War battlefields.

Dr. William Manual Mew was a staff member at the Museum. He had lived in Washington for 20 years and probably knew most of the 60 or so chemists who worked in the area. They worked at government agencies including the Patent Office, Department of Agriculture, Geological Survey, the Treasury Department, the National Museum, Georgetown University, Columbian University (which later became George Washington University), and the high school. While it is not certain whose idea it was, we know that two meetings took place and that officially the Chemical Society of Washington was organized January 12, 1884 in Mew’s office, located somewhere on the property. Early CSW meetings were held in the museum itself. The object of the new organization was “Cultivation of Chemical Sciences – Pure and Applied.”

Here’s a quick quiz question:  Who was the US President in 1884?  The answer: It was Chester A. Arthur.

CSW and the American Chemical Society

But in 1876 it was the founding in New York of what was called the American Chemical Society that had the greatest influence on the creation of CSW.  Perhaps due to poor communications and slow transportation, the chemists in Washington felt that the new American Chemical Society was too New York-centric. Of course, intercity travel at the time was slow, either by train or by horse-drawn vehicle. Karl Benz would invent the automobile only in 1886 and Henry Ford was just getting started in Detroit working on the improvement of steam engines.  So nipping up to New York to attend a meeting was likely to require a three-day round-trip.

What ultimately drove the chemists of Washington to create their own society was the need to share their scientific expertise. So, for many years the meetings of the Chemical Society of Washington were organized around reading scientific papers before one’s colleagues.  Papers were also published in a journal called the Bulletin of the Chemical Society of Washington which was published from January of 1884 until January of 1886. Motives of that era were not so different from the present.  Along with establishing scientific priorities for their work, chemists in Washington were interested in a bigger picture as detailed by F W Clarke in an article entitled “The Relations of the Government to Chemistry.”  In it, he listed laboratories functioning locally, noted chemical progress that was taking place as far away as in Russia, and ended with a cry for increased research funding.  The situation was not so very different from today.

But CSW’s existence as a solitary unit was short-lived.  People could see there would be advantages to having a truly national chemical society and so, in 1898, after what one imagines as intense negotiations, the ACS Council decreed that all members of the society residing in the District of Columbia and in those portions of Maryland and Virginia East of the 79th Meridian would become members of the Washington section.  It was agreed the new section would maintain its current name, Chemical Society of Washington.  CSW was the fourth section to be formed, after the New York Section and the Rhode Island and Cincinnati Sections.

The finances of the CSW tell us much about inflation.  The yearly budget in 1910 totaled $152.53 and there was a savings account called the George Washington Memorial Fund holding $242.97.  The meetings budget in that year provided for “refreshments and cigars”.

The next 15 years offered a period of steady growth and quiet expansion as American Chemical Society and CSW developed membership and programs. Fraternal bonds of international goodwill were established among the chemists of the world at the New York Congress of Applied Chemistry in 1912. Unfortunately they were rudely severed by the outbreak of the First World War in early August of 1914 which seems to have caught most people, including some of the combatants, by surprise.  An international ACS meeting in Montréal had to be canceled. The CSW archives provide little information about specific CSW activities during World War I, but it is clear that CSW members were playing important administrative and scientific roles in the war effort.

An unfortunate effect of the war was the outbreak of unfriendly feelings among those ACS members whose racial, political or commercial sympathies led them to take opposite views regarding justice of various causes championed by the hostile nations. One action taken during the war, that might seem strange to us now, was the expulsion of German chemists from honorary ACS membership. In particular, Walther Nernst, Wilhelm Ostwald, and Emil Fisher were dropped from the rolls as honorary members of ACS.  This move was viewed with alarm by some members as these were the only cases in history of the American Chemical Society in which chemists were dropped from the rolls of honorary membership.  Moreover, no similar resolution was passed by any of the British chemical societies. Better judgment eventually prevailed and in 1927 the names were restored.

One result of the war was encouragement given by ACS publications to the domestic production of chemical equipment and supplies. It was recognize that many of those things that came from Europe, particularly Germany with whom we were eventually at war, were no longer available. Suspension of imports of dyestuffs and other needed chemicals resulted in the formation of a national committee to study the problem and make a set of recommendations.  ACS was heavily involved in the war effort and, one assumes, so was CSW. The National Research Council was organized, with the following objectives:

By 1920 CSW had held its 309th meeting, which took place at the Cosmos Club. Transportation, including aviation, was becoming more and more practical.   Charles Lindbergh’s flight across the Atlantic to Paris in May of 1927.

A distinguished member and President of CSW during the first half of the 20th century was Dr. Leason Adams, a gregarious man and eminent scientist who worked in the Geophysical Laboratory of the Carnegie institution on high pressure studies of diamond and other materials.  Adams had joined CSW in 1909. His biography, produced in 1969 by National Academy of Sciences, explains why he liked CSW:  “Compared with the somewhat serious and staid physicists, the chemists were rather convivial bunch. They smoked pipes and drank glasses of beer, played poker and had an inexhaustible supply of diverting anecdotes in addition to a taste for music and other arts.” Adams found their company much to his liking. His capacity to down a tankard of beer in record time became legendary.  In later years after his retirement, his visits to Washington were a signal to certain chemists and their colleagues and other disciplines to organize a poker party.

In 1924 the Chemical Society of Washington established an annual prize for the best paper given during the year by a member of the Society. After the unexpected death of Dr. William F Hillebrand in 1925, Leason Adams, who was President urged that the prize be renamed in Hillebrand’s honor. Over the years the prize which started out as a set of the much-prized International Critical Tables was changed to a certificate and a cash award.  Previous Hillebrand Award winners have accumulated other national and international awards including several Nobel prizes.

It would be interesting to know how CSW fared during the Great Depression.  Records are scarce, but there exists a letter that ACS Secretary Charles Parsons wrote to local sections about what they might do to improve chemists’ employment situations. Parsons noted that, while there was comparatively little unemployment among chemical professionals compared with the average citizen, still there were not as many vacant positions available as people might like.  Therefore he urged especially that

In 1936 at a CSW meeting in the Cosmos club, the great Roger Adams spoke on “The Chemistry of Biphenyls”.

Chemists from all parts of the United States were on their way to the National Meeting in Boston in September 1939 when news came of the outbreak of WWII in Europe. The reaction was one of shock and horror, but representatives of the American chemical industry believed they could meet the demands placed upon it. Again, no records were found describing the specific role that CSW played during World War II, but one can be sure that members of the Chemical Society of Washington were very much involved.  Also, the efforts of the ACS and of the industry in general are well-documented. One matter of great concern was that talented scientists whose work in chemistry was important to the war effort might find themselves drafted into the armed forces regardless of their scientific expertise, so valuable to the war effort. Throughout the war years the pages of C&E News kept members informed about Selective Service regulations and by printing accurate information about technical manpower supply needs.

Of course, other effects of the war were strongly felt. Wartime shortages of paper affected the publication of C&E News, and travel restrictions disrupted the scheduling of national meetings. For example, in late 1942 the Indiana Section, which was to host the 1943 national meeting reported that war activities had preempted so much hotel space in Indianapolis that the city could not house registrants. The Detroit section took over and the meeting was held.

There were certain unintentional economies that worked out in the ACS’s favor.  Restrictions on the use of paper arbitrarily held down expenditures for publications. The freezing of salaries and prizes and inability to hire staff held salary costs below the level that would have been normal. At the same time, membership was growing, new plants are coming online and laboratories were buying sets of old journals. The net result was gratifying: The Society’s net income exceeded expenditures by substantial margin.

ACS Secretary Charles L Parsons, who had held that office since 1907, retired in 1945.  The end of the war brought lifting of price controls, thousands of returning soldiers- many of whom went to school on the G.I. Bill and the large increase in ACS membership which surely was also experienced by CSW.

A few snapshots of the later years:

This is not a comprehensive history.

It is not the purpose of this talk to describe any more recent events.  There isn’t space for everything, and we will leave it to future CSW members to flesh out our history as it happens.

Living here in Washington is living in one of the most cosmopolitan, exciting and occasionally frustrating cities in the world.  Chemical Society of Washington has played its part in making life interesting and productive for chemical scientists here and one thing is for sure: In its 130 years of existence CSW, has clearly fulfilled its mission:  to foster the “Cultivation of the Chemical Sciences-Both Pure and Applied.”

The CSW Nominations and Elections Committee is proud to present an outstanding slate of candidates for the 2016 election. Candidates are running […] 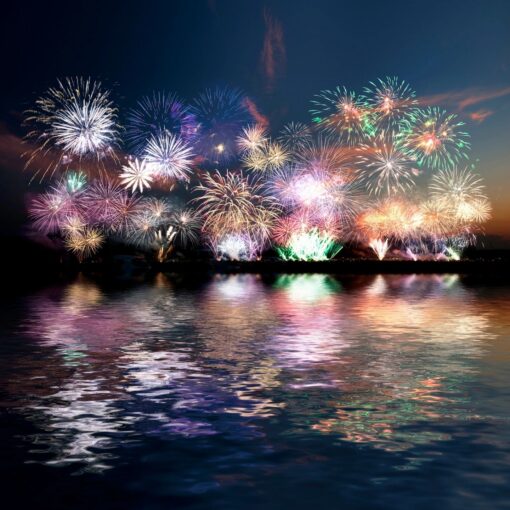 Happy New Year to CSW members in 2021!   It’s the beginning of a new year. With the COVID-19 pandemic continuing for […] 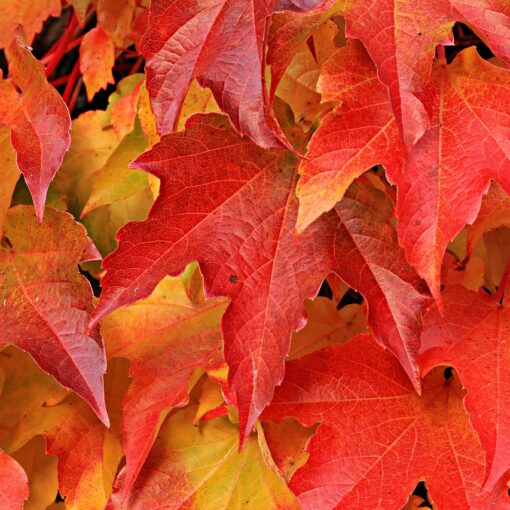 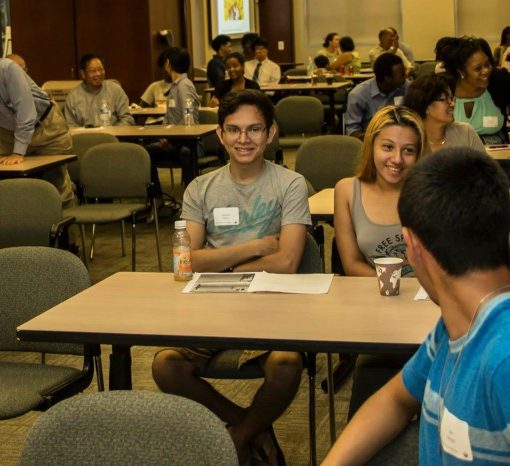