Money. We need it, want it, and never have enough of it to get by and be happy . Many of us, including myself, hoped that higher education would immediately result in a higher salary. It doesn’t always work that way. Additionally, the personal cost of education is rising, and government education funding is steadily declining. The lump sum cost of higher education is, for many in our generation, the first experience with serious, five-figure debt (aside from credit card debt). It’s debt before we have a career – let alone a job – good enough to pay for it.

When my baby-boom parents graduated high school, my Dad and his siblings attended a 4-year college, but my Mom did not. Her Dad had enough money to send only her brother. Rather than placing a mortgage on the house to afford her education, he made a tough financial decision. He believed that my Mom could find a good-paying job without a 4-year college education. Times have changed.

Nowadays, an increasing number of jobs demand a bachelor’s degree. Furthermore, record college enrollment for high-school graduates suggest that Americans today view higher education as a means to survive, perhaps even thrive, in today’s job market despite the price tag. And students, along with their parents, are borrowing money to make it happen.

Since the 1980s, state funding for higher education has decreased substantially, leaving the burden on parents and students. For students who have to borrow to go to college – 70% of students in 2013 – it’s  a catch-22. Without the possibility of loans, good-paying jobs demanding a bachelor’s degree are out of the question for many students. With loans, there can be considerable stress to find a reliable, high-paying job shortly after graduation to start paying them back.

If more than one-fifth of recent graduates are earning so little, we should expect that they cannot immediately start repaying loans. Of the 4.8 million students who received federal loans to be repaid after three years (due in 2010 – 2011), nearly 650,000 of them could not pay. An average of 13.7% have defaulted on federal student loans, down from the highest default rate recently in 2010 at 14.7% since these data were first published by the Department of Education as three-year default rates in 2012. Note that the authors defined defaulting as one year past due. The data can be found here. Not bad considering two-year default rates in the late 1980s to early 1990s were 15 – 22%! But is it truly a reprieve?

To put it into a different perspective, we look to longer-term data and a slightly different analysis. The Federal Reserve Bank of New York offers a long-term picture, examining borrowers in 2005, 2007, and 2009. For borrowers in 2009, defaulting five years down the line increased by 7% to a 26% default rate. Note that the authors have defined defaulting as 270 days past due on any payment once repayment has begun. The reports do not cite exact reasons for default, but one thing is clear. The number of recent graduates who cannot afford to pay off student loan debt is increasing. Even though 74% of loans are still getting repaid, it is still very concerning that the rate of default over the last five years is growing, as is the rate of recent graduates in low-paying jobs.

For lenders, the government is short an average of $14K/student loan, or $100 billion in borrowed money not repaid in 2014 alone. According to the Consumer Financial Protection Bureau, both government and private lenders are missing a grand total of $1.2 trillion in student loans. The Federal Reserve Bank of New York reports that student loan debt, which was the smallest fraction of household debt prior to 2009, has surpassed all non-mortgage household debt as of 2014. This troubling news reminds us frightfully of the recent housing crisis and its pervasive, lingering effect on the economy.

But before we start pointing fingers, we should examine who are the debt owners and how they are repaying their loans. Authors at the Brookings Institute report that from the 2010 Survey of Consumer Finances (SCF), 65% of student loan debt is held by the upper half in terms of household income. If this is the case, why should we worry?

Let’s consider a few options of how student loan debt is repaid. Refinancing and consolidation can cut the interest rate, making student loans cheaper in the short term as they need to be repaid timely. As indicated above, a growing number of students are defaulting. It’s not that they default because they can never repay. They default because they cannot repay on the timetable established when the loan was disbursed. The Brookings Institute and others agree that refinancing favors the affluent. On the other hand, income-based repayment (IBR) caps monthly obligations based on income and allows the borrower to repay loans over a longer time period.

President Obama and Congress have also recognized the need for reform on student loan debts. Last year, Elizabeth Warren (D-Mass) backed the student loan refinance bill, which was blocked by Senate Republicans. Just recently, President Obama signed into law a “student aid bill of rights,” mandating clarity on how much is owed and when loan repayment is expected, regardless of lender. There are also suggested reforms on the horizon, included in President Obama’s 2016 Budget Proposal. It’s a step in the right direction because any payback is better for the economy than default.

So, is it really as bad as it seems? Using two decades of data from the SCF, the Brookings Institute generated a report last year suggesting that student borrowers are no worse than they were in the 1990s. Even though more students are borrowing more money as compared to the 1990s, on average they are making more money and able to repay loans, albeit over a longer period of time. Also, more students taking on educational loans could be a sign that banks are taking on more risk, and depending on the borrowers’ profiles, it may be a good thing for our broader economy.

Should we take the leap of faith and the borrowed money, earn the bachelors, and hope it helps us land a high-paying job? Or do we grit our teeth, work tirelessly, and hope we can climb the ladder through years of experience and hard work? Although statistics show that college graduates earn more than non-degree workers in the long run, there is never a guaranteed path for anyone. We must do what is right for each one of us. Luckily, we have the freedom to choose how and with whom we invest our time and money. If I had to choose again for or against higher education, I would always choose higher education. But I would certainly choose an institution that values my investment. 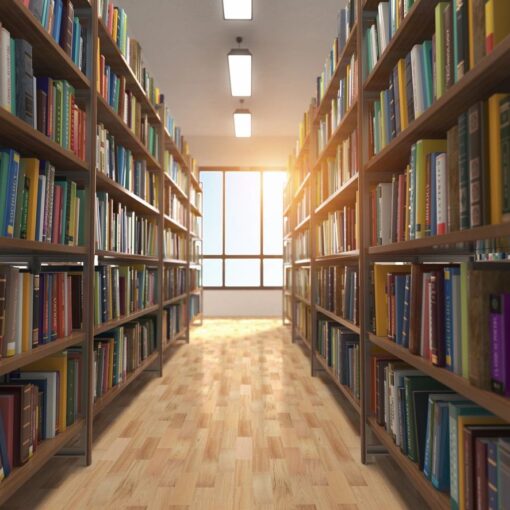 CSW is pleased to announce the winner of the 2018 Hillebrand Prize:  Professor Lyle Isaacs Professor Isaacs is in the Department of […]