1.
A few weeks ago, my daughter Sofia came to work with me at Sweet Briar College, like she often does on vacations or teacher workdays, with support from my supervisors. When I first started work as the school’s campus photographer, she was a chubby toddler. Now, she’s a skinny six-year-old who runs at lightning speed and smiles wide and often. She’s one of those kids who want more than plain old tag on the playground: she also wants to impersonate a dinosaur with a chest-filling roar and lifelike reptilian movements.

She’s also incredibly curious and creative, often spending an hour crafting a small book of illustrations while I work. At the office, our days look like this: settle in, get Sofia started on an art project to kill time before she begs to watch a cartoon, and then I make my coffee and get to work checking email and editing photos.

We walk to lunch at the cafeteria, Sofia’s second favorite part of the day. She almost always chooses cheese pizza and a pile of broccoli. We sit with the students, many of whom know her by name. Before we leave, I loop soft-serve ice cream onto a cone for her since she still can’t reach the machine. We walk back across campus to my office, past the bell tower and the burbling fountain. There are often dogs, and we’ll stop and play a quick game of fetch with Moose, one of her favorites, our poetry professor’s lumbering bear of a dog.

And then, a few hours after lunch when we’re both ready for a break, we begin Sofia’s favorite part of her visits to my office: our short walk across the road to the college’s library. She’ll balance on the concrete ledge retaining wall next to the still-staked tree plantings, then race up the stairs to beat me to the door.

Like me, Sofia could live her entire life in a library and never be tired of books, of the smell of ink on paper, the weight of a book in her hand, or the things you learn in their pages. As a child, I used to take stacks of books home from our neighborhood library; I can still remember the layout of the shelves, and how Encyclopedia Brown was toward the left of the children’s section, and Little House on the Prairie to the right.

Now, it’s Sofia with a compass-like knowledge of where her favorite books are, even after they were relocated following the library’s renovation. The old children’s section was tucked in a back room behind a heavy wooden door, its own sort of hidden cave of magical books. These were the days before she could read, when the books were chosen by merit of how well their illustrations intrigued Sofia.

These days, we go past the front desk under the vaulted ceiling, where the student workers wave at Sofia. The children’s section is now down an airy staircase under the new glass skylight, tucked into a mezzanine level. And now, Sofia can read the titles and preview their first pages. We rent stacks of books about dinosaurs and baseball, children’s picture books by the dozen, and once, she even asked to check out a thick history book because “it has so many words!” On our most recent trips to the campus library, she checked out The Way Things Work andRamona and Her Father, both of which became the first books she ever read silently on her own at bedtime.

And then, March 3, 2015, happened: Sweet Briar College’s board of directors announced the imminent closing of the college, citing financial woes after, they said, exhausting all other possible options.

I didn’t tell Sofia that night.

I’d spent the entire day trying to process the news while helping answer the flood of phone calls that had been redirected to our office. That evening, we got a babysitter and my husband and I walked the local mall, slurping boba tea through rainbow-colored straws. We were both stunned and trying to figure out what we would do after my last day in June. (Answer: we’re not sure, but we’re both trying to remain confident that we’ll be okay regardless).

By the next morning, some of my images of the college had appeared in a variety of publications, including The Washington Post. Some photographers dream of credited bylines in The Post; I’ve told our students that I’d sacrifice that credit if only I could change the headlines to something more happy for our tight-knit college community.

That night, around our dinner table, I tried to tell Sofia. I explained that the school where I work is closing this summer.

She asked if it was forever. I said, yeah, I think so.

She paused, then said, well, maybe you can work at my school. Maybe they need a librarian.

2.
That Saturday, we were slowly waking up when Sofia asked me to please ask her what she was going to be when she grew up. I did, and she replied, I’m going to be an engineer.

And then she asked, what, exactly, do engineers do?

We talked about some possibilities: that engineers build things, but they also solve problems. I mentioned her book from the library: all of the diagrams of mechanics and pulleys, the inner workings of everyday items displayed in illustrations that captivated her.

I told her, engineers create those things; they decide how they work. I told her it would mean learning a lot of math and science, but that I was sure she could do it.

This wasn’t completely out of the blue. Last year, Sofia joined me for a few evening assignments at the college — like the night when the biology students tried to catch and release salamanders in the swamp behind the science building; it wasn’t fruitful and, in the end, the only photo was a blurry shot in the twilight of Sofia holding the only salamander they found. And another night, when I returned to campus to record video interviews with our Explore Engineering campers.

What she found there was a room full of girls (big girls, grown-up girls to her), with glitter nail polish, braces, and Converse sneakers, all of them trying to Build Things. They were building robots, automated drawing contraptions, and pinball machines that could play music from the girls’ iPods.

Sofia was in heaven.

Here was a room full of role models doing all the things she found interesting: drawing and dreaming and building. One of the teenagers put her to work painting a scrap of wood while I finished the videos. At the end of the night, far past her bedtime, I had to pull her away, skipping along as she rattled off the things she saw that were So Cool and clutching a handmade abacus, an earlier camp project the professor gave her to keep.

3.
The weekend after the college’s announcement, we cuddled up at bedtime to read Ramona and her Father I read it as a child but forgot how it opens: somber, the sisters worried about their parents’ whispering behind closed doors. Ramona’s mother finally reveals that the girls’ father had lost his job.

Reading those words, I could feel Sofia connect the dots and realize that my losing a job was part of a more universal truth, that this happened to other girls’ parents. That this might not be just a blithe turn of events, full of possibility for the future.

The thing is, I think we’ll be fine, financially speaking. I may not work as a photographer in higher education again, but despite the glut of photographers these days, I have a strong portfolio that I hope will help me gain freelance work; I also write for local magazines on the side. In short, I have options. It will be piecemeal and it certainly won’t add up to a full time income with benefits, but we’re okay with that for now.

It’s this other loss I’m thinking about most: this announced loss of a beloved college for alumnae and students, by my faculty and staff colleagues. In the days immediately following March 3, our office answered the phone calls to the operator’s main line. We spoke with parents and alumnae as often as we helped transfer colleagues between internal offices. One call, as soon as I said my name, the professor on the other line asked what keywords she could add to her job searching. She had already begun to throw her energy into looking for jobs for her colleagues. I asked if I could do the same for her, and she laughed. “No, I’m screwed. You don’t know medieval history.”

4.
When the time comes for Sofia to start her college search, a whole decade will have past since this announcement. I don’t yet know how the Sweet Briar story will be framed, or what its true ending will be.

I do know that because of my time at Sweet Briar College, if Sofia still wants to be an engineer, I will make sure she looks at a women’s college in addition to any of the other co-ed programs. One thing I know for sure: we’ll visit the library on each of those campus tours.

Then again, there are days Sofia wants to be a dinosaur, too, or at least settles for paleontologist. But she’s got time to figure herself out. In the meantime, we’re already on the next stack of books.

Click here to read other articles in our Stories from Sweet Briar series.

Meridith de Avila Khan is a photographer, freelance writer, and ever-ready salsa dancer. Her photography for Sweet Briar College has appeared in Newsweek and on HuffingtonPost.com blogs and WashingtonPost.com. Her next adventure might finally be an MFA, now that she’s collected a few good stories. She currently resides in Virginia and can be reached here.

Article first published on The Millions on May 14, 2015. Cross-posted here with permission. Shared under a Creative Commons license (CC BY-NC-SA 2.5).

If you are a student, faculty, staff member, or alumni of Sweet Briar and are interested in writing about your experience, we would love to hear your stories as well. Email us at thecapitalchemist@gmail.com. 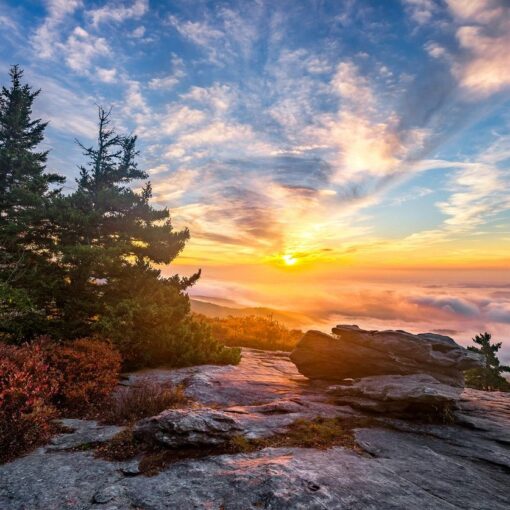 Thank you for spending Chemists Celebrate Earth Week 2021 outside to give back by taking away trash or reducing your footprint! Here are […]

The recipient of the 2015 Charles L. Gordon Award is Dr. Jennifer Young Tanir. The award is given in recognition of exemplary […]