The U.S. High School Chemistry Olympiad is an annual program for high school students that has been organized by the American Chemical Society (ACS) since 1984.  The Chemical Society of Washington (CSW) is proud that it is one of 17 Local Sections that has participated in this Olympiad each year.  The CSW conducts its Chemistry Olympiad at two levels; the first level is the Local Section examination in March and the second level is the U.S. National examination in the latter half of April.  For the National exam, ACS allotted the CSW eighteen student places with the rule that a maximum of two students can be from one school.

The Local Section examination purchased from ACS was used to select these 18 students, and we worked with the high school chemistry teachers to select who will take the exam.  Emails were sent to teachers asking for the nomination of up to 25 students to take the Local Section exam, which is comprised of 60 multiple-choice questions.  Teachers from twenty high schools nominated a total of 213 students.  Ten of the high schools were in Maryland, eight were in Virginia, and two were in Washington, D.C.  The teachers administered the Local Section Exam to their students and returned the answer sheets to the CSW Coordinator, Regina Cody, for grading—using the answer key from ACS.  From the results of this exam, the 18 students were selected to take the National Exam for the CSW.  All the students who took the Local Section Exam received Certificates of Participation, as did their teachers.  Eight students scored 50-60, and received Certificates of High Honors, and 32 students scored 40-49, and received Certificates of Honors.

The U.S. National Chemistry Olympiad (USNCO) Exam was given on April 19th in the Bioscience Education Center at the Germantown Campus of the Montgomery College.  This exam consisted of three separate parts: one written multiple choice, one written essay response, and one laboratory practical. The exam was given in the same time period, April 18-24, across the U.S. to about 1000 students.  The ACS had a separate grading site and team to grade the national exam.  Although none of the CSW students qualified for the Study Camp in June at the Air Force Academy (from which 4 students were selected to represent the U.S. at the International Chemistry Olympiad), two students received High Honors certificates: Aaditya Singh of Thomas Jefferson High School for Science and Technology and James Vinson of Montgomery Blair High School.  Ethan Liu of Thomas Jefferson High School for Science and Technology received an Honors certificate. All 18 students received ACS Certificates of Participation, and are listed on the next page.

ACS has received a $30,000 grant from the Jack Kent Cooke Foundation to support ACS Project SEED. The Society is among 12 […] 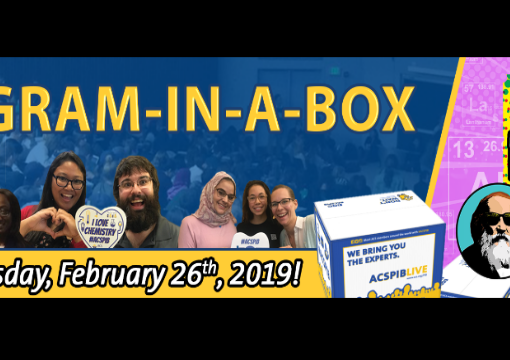