Flipping through TV channels last month, I came across the TV show Shark Tank. Normally, I’d skip right by, but I caught it right at the beginning of the pitch, and when I saw the setup, my curiosity was piqued.

For those of you who aren’t aware, Shark Tank is an ABC television show where inventors and small businesses can make a pitch to a group of potential venture capital investors. The entrepreneurs are seeking capital to launch or expand businesses, and the investors are putting up their own money. It’s a pretty fascinating look into the methods by which entrepreneurs and investors interact and negotiate.

This particular episode caught my attention because of the nature of the business. Dr. Christopher Sakezles, President of SynDaver Labs, made a pitch to the investor panel for his innovative product line: synthetic cadavers. It is a really cool technology, and you could tell at the beginning that the investors were impressed. And then… this happened (fast forward to 1:10):

That was such an interesting moment. Dr. Sakezles was on this show to meet with investors, actively seeking capital for his business, and he says (somewhat off-the-cuff) that he’s “not at all interested in the money.” And he seemed startled by their response. He may not care about the money, but that’s the only reason the investors are there. That comment cost him at least one investment offer, maybe more. (He did make a deal in the end, by the way. It was a record-setting deal, and hopefully will be a great thing for SynDaver. You can see the whole segment here.)

I have a suspicion that this was edited to look that way. SynDaver is not a new company: it’s been around for nearly 7 years, according to Dr. Sakezles’ LinkedIn page. Nor do I think SynDaver’s executive group is ignorant of the realities of corporate finance. SynDaver’s website describes a whole host of seriously large corporate partners. The company issued a prospectus for a private stock offering in May 2015, and they say that they are investigating an initial public offering (IPO). These are not things a company can do without significant knowledge of corporate finance. I refuse to believe a company with nearly 7 years experience, massive corporate partners, and over 150 employees doesn’t understand money.

What was fascinating about that moment was that it is a very public example of the difference between talking to a scientist and talking to a member of the general public. What Dr. Sakezles was trying to say in that moment was something I think a lot of scientists could identify with: most of us didn’t get into science to make money.

Recently, scientists started tweeting the hashtag #IAmAScientistBecause to proclaim their love of what they do, and describe their reasons for staying in the field. Some of them were pretty cool reasons, and they resonated with me. CSW’s own past president Kate Hughes started an offshoot hashtag #IAmAChemistBecause, which resulted in even more great discussion on what inspired people to become chemists, myself included.

#IAmAScientistBecause there are moments when I learn something in the lab and think, I’m the only human that knows this right now

#IAmAScientistBecause my honest answer to “what would you want to do all day if you didn’t need money” is “what I actually am doing” — David Shiffman (@WhySharksMatter) April 6, 2015

I dare you to look through the history of either hashtag and try and find someone who said they became a scientist for the money. You won’t find one.

Money in science has been controversial for a while. As federal investment in research has declined, we’ve seen something of a reorientation of priorities toward ‘corporate science,’ or scientific research aimed at creating a profit via a product. For many scientists, science is about the pursuit of pure knowledge, and the coolness of that knowledge is reward enough. Money is perceived to pollute the purity of science, and worse, damage the field.

It’s absolutely true that financial conflicts of interest are really dangerous. And it’s also true that corporations aren’t interested in doing R&D that won’t provide some kind of return on investment. So it would make sense for governments to fill the gap: Apple may make the iPad, but 50 years of government investments in fundamental research was what made Apple’s iPad possible.

There isn’t a government in the world that doesn’t want to encourage their scientists to commercialize their research. And for good reason: innovation is the lifeblood of a modern, thriving economy. Plenty of scientists, even graduate students, want to take their research and make it a commercial success. But we don’t train them in how to do it.

Some schools are trying to address that gap. Technology transfer programs in universities and national labs are ramping up efforts. Business plan competitions are bringing together scientists with business students, and lots of follow-on funding and a huge outgrowth of new startups have resulted.

Even so, I worry more and more that this perception in scientific circles that money and profit are the antithesis of good science can hamper bridging the gap between economic success and scientific inquiry. For one thing, very few scientists ever take an economics class in school. Even fewer are trained in business techniques, or ever think to get an MBA while in school. The few that do are probably a lot better equipped to really achieve commercial success. Dr. Sakezles clearly straddles the same two lines many scientists do: fascination and loyalty to the purity of scientific research and a desire to make a living with the research we do.

Some of my friends from graduate school are trying to do something similar. I’ve learned a lot from watching them. Some of them have come up short, some have sold or closed the company and moved on, yet another is getting ready to hire a CEO and move into the Chief Technology Officer role. The constant I’ve seen in all of it is that the most successful scientists have been the ones who honestly read their own skills, and bring in people with complementary ones. Not every scientist makes a good CEO, and understanding that can be key to success for a scientist trying to launch her company.

The reality of science in the modern world is that we have to care about how economics impacts the scientific enterprise. Isolation from it isn’t possible anymore (if it ever was), and pretending otherwise is just sticking our collective heads in the sand. Science has never been separate from money. From inventors seeking patrons in Renaissance Europe to modern-day funding from governments, we have always needed resources (money) to do science.

The issue of money in science is complicated, messy, and high-stakes. And too few of us really understand the deeply complicated nature of modern economics. Throughout all of my education, never once did I consider taking an economics class. I regret that now that I’m learning what I can on the fly. A lack of understanding of how the global economy works is a critical blind spot that I think the scientific community needs to address.

ACS Relevance to Current and Future Members: Challenges and Opportunities﻿ As elected representatives of ACS members, Councilors are uniquely positioned to strengthen […]

The University of Washington offers a Green Chemistry and Chemical Stewardship Online Certificate Program. The program is in it’s third year, and […] 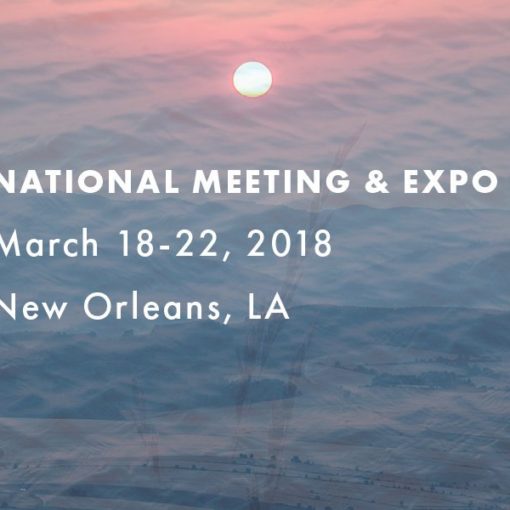 Are you presenting at the upcoming ACS National Meeting in New Orleans? Many CSW members are doing amazing work, and we want to […]