Michael P. (Mike) Doyle is distinguished for his contributions to asymmetric catalysis and metal carbene transformations, for providing basic understanding to nitrosyl chemistry that includes the biochemical reactions of nitrites and nitrogen oxides, and for his research in physical organic chemistry and synthetic method development.  He began his research at Hope College in Michigan with nitrosyl chemistry, discovering the applications of nitrogen chemistry – from nitrosonium salts to nitrites – and providing the mechanistic details for modern understanding of the biological effects of nitrogen oxides and nitrosyls.

He is perhaps best known for his research in dirhodium-catalyzed reactions of diazo compounds and for his invention of the “Doyle catalysts” – dirhodium(II) tetracarboxamidates with chiral  lactam ligands that are commercially available (Doyle dirhodium catalyst, Rh2(5S-MEPY)4 (Sigma-Aldrich‎).  These catalysts have proven to provide the highest levels of stereocontrol in intramolecular cyclopropanation and carbon-hydrogen insertion reactions with diazoacetates of any catalyst ever developed for these chemical transformations. His research into metal carbene transformations of diazoacetates extended from addition reactions and insertion processes to ylide transformations and established the influence of ligands on reaction selectivities.  In addition to having a catalyst named after him, chemical transformations also carry his name, the best known of which is the “Doyle-Kirmse Reaction“. The vast majority of this research was performed with undergraduate students since from 1968 until 1997 he was a faculty member at undergraduate institutions, and only in 2000 did he begin to take graduate students.

Since coming to the University of Maryland in 2003 Doyle has developed chiral dirhodium carboxamidates as exceptional catalysts for highly enantioselective Lewis acid promoted reactions, developed highly enantioselective [3+3]-cycloaddition reactions as an alternative to hetero-Diels-Alder reactions for the construction of heterocyclic compounds, established new oxidation methods and oxidation catalysts, and discovered novel paddle wheeled dirhodium structures.  His recent research on dirhodium caprolactamate catalyzed chemical oxidations with hydroperoxides has not only produced highly selective processes (allylic oxidation – the Umera-Doyle reaction – but he also clarified the mechanisms of these reactions from what had been a diverse array of interpretations.

Mike has been called the “guru of undergraduate research” (Rebecca Rawls, “An Undergraduate Champion”, C&EN, Vol. 80, number 39, September 30, 2002, pg. 30-31) in recognition of his role in developing student careers in the chemical sciences through research and being an outspoken champion of research as an educational enterprise. More than 150 undergraduate students are coauthors of at least one publication with him, and there are several with five or more publications.  The list of his undergraduate coauthors constitutes a virtual who’s who in organic and inorganic academic chemistry today.  Postdoctoral associates who number fifty have been instrumental in his research endeavors with undergraduate students, and many of these associates are now faculty in academic institutions. He was one of the founders of the Council on Undergraduate Research (http://www.cur.org/), its first president (1978), and the Editor of its newsletter; and he was also the first Chairman (1987) for the Executive Committee of the National Conferences on Undergraduate Research (NCUR) that merged with CUR in 2011.  Doyle is the recipient of the 1995 James Flack Norris Award for Outstanding Achievements in the Teaching of Chemistry sponsored by the Northeastern Section of the American Chemical Society and the 2002 George C. Pimentel Award in Chemical Education from the American Chemical Society.

The involvements of Mike Doyle in the American Chemical Society and other professional organizations have been extensive. As Chair of the Department of Chemistry and Biochemistry at the University of Maryland, he led the department to national recognition for efforts in increasing diversity (see Lauren K. Wolf, “Blueprint for increasing Diversity”, C&EN, Volume 89, issue 51, pg. 41-42, 2011).  Mike was General Chair for the 2011 Middle Atlantic Regional Meeting of the ACS during the same year that he was President of the Chemical Society of Washington; and he and his colleague, Andrei Vedernikov, chaired the Scientific Committee and organized the host site for the 2012 International Chemistry Olympiad.

The elements of a career in the chemical sciences are not only those whose combinations construct chemical compounds but also colleagues and students who shape the progress of what is yet to come.  This presentation will briefly trace the origin of current research through those who created the opportunity and focus on the development of asymmetric catalysis applied to the synthesis of many classes of organic compounds through metal carbene formation with dirhodium compounds.  The FDA increased the flow of research by their publication in 1992 of “The Development of New Stereoisomeric Drugs”, and the NIH took up the challenge by focusing some of their resources on asymmetric synthesis with the beneficiaries being pharmaceutical companies and the general public who benefited from resulting advances.

Read about all past Hillebrand Prize recipients here.

Many articles in the Capital Chemist have focused on the challenge of employment and careers. Incoming ACS President Donna Nelson has instituted […]

Contributed by Dennis Chamot, CSW President At the time this is being written (mid-March), it is still unsettled as to who will […] 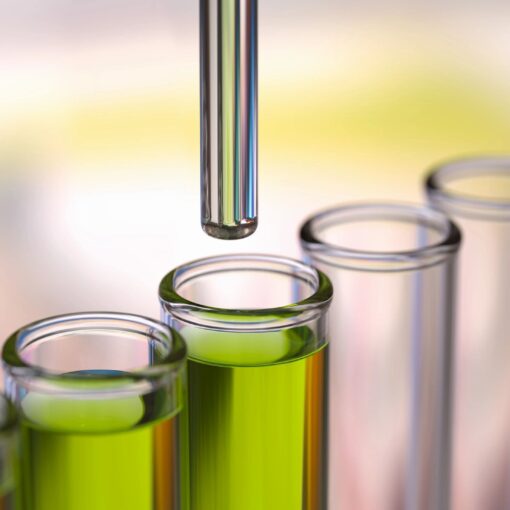 The Chemical Society of Washington (CSW) (https://capitalchemist.org) and the Washington Chromatography Discussion Group (WCDG) (https://washchrom.org/) are pleased to present this virtual meeting […]