More laws that regulate what you eat, drive, and breathe are passed at the state level than the federal level.

Do you know your state legislators? If you are anything like most people, you may know your federal representatives but not your state officials. I decided to research how people vote in state-level elections to see if voters based their choices in these elections on national issues and representatives.

My research, “Divided Federalism and Gubernatorial Elections,” looks at the most popular aspects of state politics – the governor and the two major political parties – in order to further study if our federalist system is working. If state elections are simply informed by federal officials and national conditions, then our federalist system would be broken, implying that our state legislators are constantly churning out laws without being held accountable.

I decided to find out if I was wrong. In order to test whether voters base their gubernatorial election decisions on more than federal officials and national issues, my study looks at presidential-year elections – which scholars have failed to examine. Specifically, I conducted two-part study created using data from the 2008 and 2012 gubernatorial and presidential elections, as well as 2010 and 2012 Cooperative Congressional Election Study (CCES) public opinion data.

The first part is an aggregate-level analysis, which uses the gubernatorial and presidential election results. This analysis looks at the ideology of the state and national parties. The intent is to understand if state parties that diverge ideologically from their national party enjoy more success than their national counterparts within a state. This is important because if states are diverging from the national parties, it shows that people take into account differences between state and federal politics. The implication is that state parties are responding to the ideology of voters, which we want in a functioning democracy.

The second part looks more closely at the governor and how people approve of governors compared to the president. This individual-level analysis sheds light on if people vote for governor based on their perceptions of the president or if people form their own separate opinions of governors.

The aggregate-level tests show that divided federalism is not simply – as most scholars argue – based on voters’ perceptions of the president. State parties whose issue positions and rhetoric diverged from the national parties, experienced higher levels of electoral success within their states. Therefore, when state parties diverge and distance themselves from their national counterparts they can actually do better in gubernatorial elections than the national party does in the presidential election.

The conclusion is that politicians and state-level parties do not just mirror their national counterparts but also try to align with their state’s ideology. These results demonstrate that state party divergence can result in vote difference as voters reward state parties for diverging. This is a significant finding. It runs counter to the common notion that people vote at the state level based on their perceptions of national issues, federal political leaders, and the two major national parties with little regard for state-level politics.

It is clear here that voters base their approval of governors and the president more specifically on the official’s ideology and not just on party label. These aggregate findings were also substantiated at the individual level. I found that Democratic governors that diverged in a conservative manner experienced higher levels of approval by the median conservative respondent compared to the president. There was a strong difference between governors who diverged ideologically from the President and those who didn’t. Clearly, voters think of a President differently than they think of a governor, and that is reflected in their voting patterns.

What Does It All Mean?

It is clear here that voters take into account officials’ ideologies and not just party label when voting, which is exactly what is needed to maintain a healthy, functioning democracy with a federalist structure.

Neither referendum voting – in which voters base their state election decisions on their views of the president, nor straight-ticket voting – in which people vote based on party label alone, can explain divided federalism. It also seems that the methodology of leading scholarship may be flawed: we can’t fully understand how people vote when we just consider off-year elections and specific national issues.

Importantly, it is very clear here that democratic state elections remain important and intact. Voters are rewarding the responsiveness of state parties that align more closely with their state’s ideology. This is particularly important because while America has a two party system, state parties and their officials can enjoy electoral success when they move away from the national parties.

The biggest takeaway from all of this is that every individual’s vote matters.

State parties and their officials are very clearly influenced and responsive to voters. With any luck, that knowledge could encourage more citizens to take part in the political process. With so much of the news focusing on intractable gridlock at the federal level, it could be energizing to demonstrate responsiveness of state governments. The data show that it’s possible, if we as citizens will engage.

So go vote. It turns out that it actually can matter… if you make it.

Named after Charles Gordon for his years of service as managing editor of the Capital Chemist, the Charles L. Gordon Memorial Award is […] 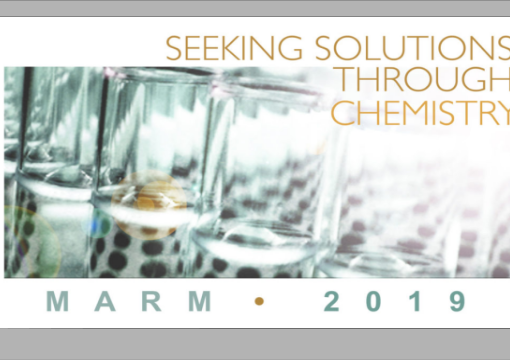 I am excited to highlight some of the amazing opportunities available at the 2019 American Chemical Society Middle Atlantic Regional Meeting. The […]

Named after Charles Gordon for his years of service as managing editor of the Capital Chemist, the Charles L. Gordon Memorial Award […]